When paying for rush printing services, you'll likely want to get quality results as fast as possible. There are some ways customers can help the process.

Rush printing means just that, and it's not the time for making modifications. If you're on the fence about a decision, render your choice ASAP and move the order to the printer. If you ask for modifications afterward, be prepared to be told they're not possible or that they'll cost you more.

Wherever possible, it's wise to minimize complexities in the product request, too. If you can ship a job using a four-color process rather than something more complex, for example, do so.

Have Copies Ready to Go

Ideally, you'll have all of your digital files prepared and ready to ship. Make sure you have several copies of the files on at least two different devices or media. This will ensure that the printer has a backup copy in case something happens to the original. It's also a good idea to have at least one set of copies saved to the cloud in case something happens to other versions.

Verify You're Sending the Right Files

While you'll want to push fast with a rush printing job, take a minute to verify that you have the right files stored in the project folders. If you have a versioning system in place, confirm that you're working with the most recent. This will prevent potential problems down the road if you don't send the right ones.

It's also a good idea to confirm that the images are in the right formats for the printer. If you have something in RGB that should be in CMYK, for example, you're probably going to see color issues when you get the proofs. Similarly, include all necessary color profiles to ensure the printer's results match what you saw on screen and in printed drafts.

There might be a problem with a rush printing project, and it helps if the folks at the shop can get an answer right away. Include several phone numbers, email addresses, and social media accounts so the printing company can track you down. You should also include a secondary contact who has the authority to make decisions if you're not available for some reason. At a minimum, include the name of someone who you know can contact you quickly if you're unavailable. 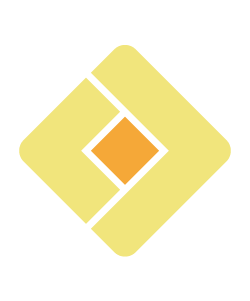 Signs exist for so many different purposes. Some signs tell you how fast to drive or where to turn. Others tell you what a store sells, and still others advertise sales that you might want to check out. There are blade signs that protrude from storefronts to attract walkers, and there are street signs that ensure people know where they're going. Sign makers are experts at designing signs that serve their individual purposes well. They have a wide range of skills related to design and construction. We hope that this website will help shine more light on the sign industry and its importance.